When we go on day fishing charters to Mayor Island we can also take you and land you on the island for an unforgettable experience! This Island also known as Tuhua is the gem of the area. A dormant volcano, it last erupted 6000 years ago but was gradually formed in explosive eruptions commencing as long as 120,000 years ago.

There is a rich cultural history and is considered special to Maori for many reasons, one being the presence of black obsidian, a volcanic glass formed during rapid cooling of silica-containing lava. It was used to make prized tools for cultivation and warfare. There were many tribal raids and much warfare in the early days. Several pa sites were still in use in the early 1900s.

Tuhua is a bush covered wild-life sanctuary, home to a number of endangered species. There are beautiful walks to vantage points with spectacular views back to the mainland. Opuahau, the highest peak, reaches 354 metres and the volcanic crater contains two lakes, both near sea level. Lake Aroarotamahine is green and Lake Te Paritu almost black and these lie between overlapping calderas and it is possible to walk to them along formed tracks. Part of the access to the crater floor is by steep pathways and climbing down ladders, known as the ‘devils staircase’ so you need to be fit to attempt this part of the walk. There are several easier walks over to Western Bay, up to the trig and around the crater rim.

Today there is still a small developed area next to the beach with basic cabins run by descendants of the original people. You can visit for the day and enjoy the walks or swim in spectacular South-East Bay. If time allows, stay over in the cabins or take a tent and camp for a night or a few days. There is no power on the island so you need to be prepared taking gas cookers and all your own plates, cutlery etc. Hot water for showers is available thanks to a Marshall heater.

The island has conservation status as a wildlife refuge since 1953. There are numerous bellbirds, wood pigeons and tui along with morepork, fantail, kaka, grey warbler, waxeye, kingfisher,  and pied stilt. Recently added by DOC are North Island robins, brown teal,  North Island brown kiwi and kakariki.

The waters surrounding the island are partially a marine reserve, put in place in 1993, and have a worldwide reputation for excellent fishing. We regularly run trips out reef fishing and also for the more adventurous, try an overnight combo reef/hapuka/bluenose or kingi fishing expeditions. 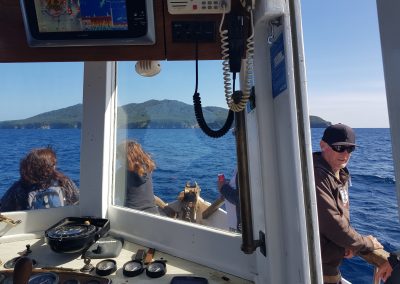 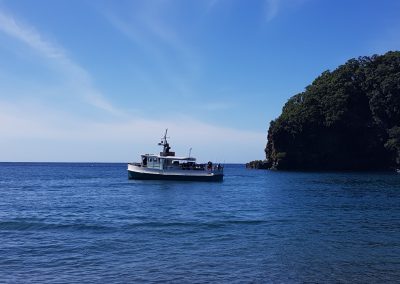 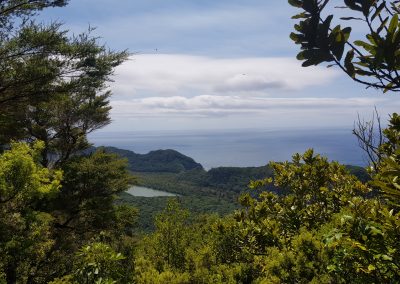 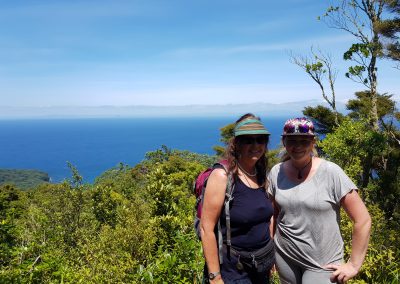 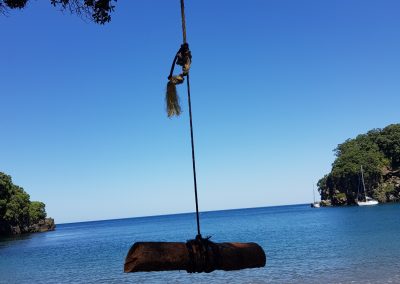 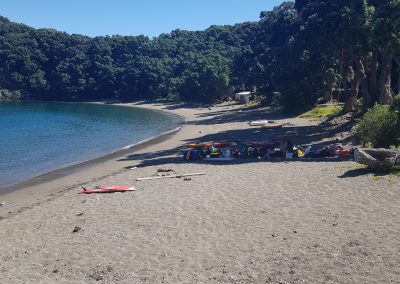 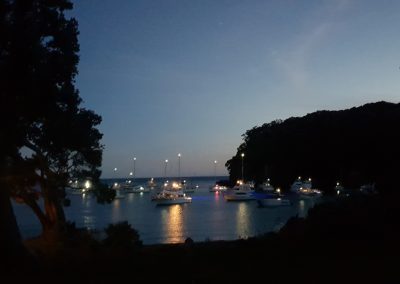